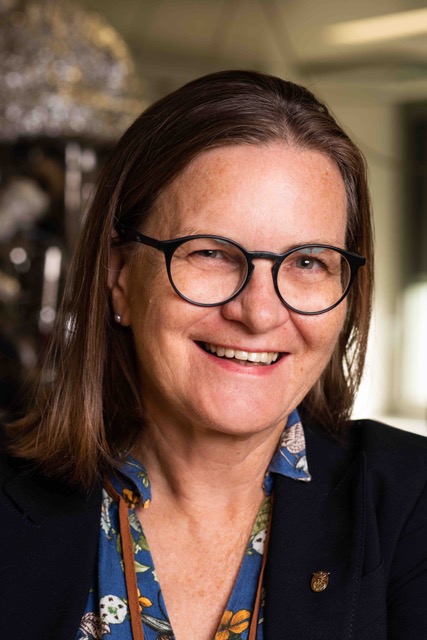 Ulrike Diebold received her PhD degree in engineering physics in 1990 from the University of Technology (TU Wien) in Vienna, Austria. After working as a post-doc with Prof. Ted Madey at Rutgers University in New Jersey, she joined the faculty at Tulane University, New Orleans, U.S.A., where she climbed the academic ladder from tenure-track assistant professor to endowed chair. In 2010 she returned to her alma mater, where she currently holds a full professorship at the Institute of Applied Physics.

Diebold conducts research in experimental surface science with an emphasis on metal oxide surfaces. She is particularly interested in the atomic-scale properties of these complex materials, and in unraveling their (defect) structure/reactivity relationship. The main tool, Scanning Probe Microscopy, is complemented by area-averaging surface spectroscopies and first-principles calculations.

Diebold has published more than 250 peer-reviewed articles, and has given over 350 invited talks. Her articles have been cited more than 28,000 times. She has been elected a Fellow of AVS, APS, and AAAS, she is a member of the Austrian, German, and European Academies of Sciences (EURASC), and she holds an honorary doctorate from Brno University of Technology Czech Republic. She is also a recipient of several prestigious awards, including an Advanced Research Grant from the European Research Council (ERC), the Adamson Award of the American Chemical Society, and the Wittgenstein Prize, the highest research award in Austria.

Diebold is serving on multiple editorial and other scientific advisory boards, most prominently she is a reviewing editor of Science Magazine. She is the past chair of the surface science division of the German physics society, the largest professional organization in her field (>2,500 members).