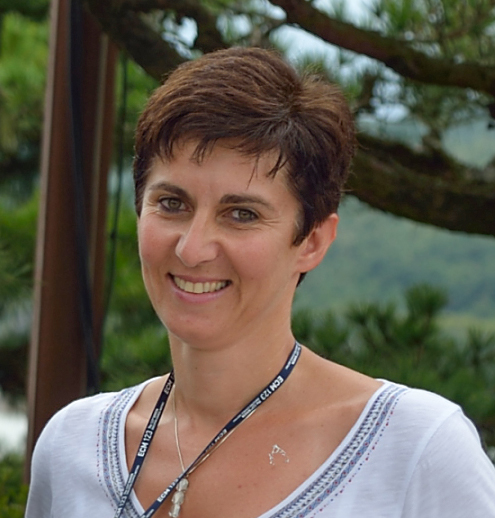 Shifting from President-Elect to President of IUVSTA, I want to take the time to thank all people trusting in my challenge and supporting my candidacy in 2016. Now I take a front position at IUVSTA, an activity which is closely linked to my professional life; I am very thankful and lucky: you have made it a simple story. My motivation relied on my career in research and higher education, as well as from a 6-year term as the President of the French Vacuum Society (SFV). All this experience was an asset for my immediate efficiency at the work of President-Elect. I also want to thank the new Past President, Lars Montelius, for the freedom and possibilities he has given to me for 3 years as President-Elect. I have always used them for the benefit of IUVSTA and for an efficient kick-off of the new triennium.

3 years ago, I raised the question of the visibility of the Union and I offered to make my own. My choice was very pragmatic: to use all our strengths. We have the strength of a network of about 35 national member societies, the strength of all IUVSTA committees works, the strength of the composition of our member societies: technicians, engineers, academic researchers and professors, directors of companies, all in direct relationship either with fundamental knowledge or innovation and economy, and the strength of the friendship of voluntary people meeting to work at the Union’s objectives. To merge of all these strengths in a concrete act, I needed a great motto and I found it in the roots of IUVSTA: the 60th Anniversary of our Union. This was the perfect bridge between IUVSTA and its member societies, its divisions and committees, its people, mixed in generations and genders, its world culture.

Now starts the term of President, in strong collaboration with an excellent new team of officers, a recording secretary and division  committee chairs reflecting the real world of IUVSTA in the 21st century.

“Vacuum technologies and Society (-ies):
how to meet in the 21st century?”

IUVSTA is closely linked to Research and Innovation at its highest level, and thus cannot avoid questioning its role in today’s world and society. Education, Education by Research are necessary to work both in Academic Research Centers and in Companies dealing with cutting edge technologies. Reading about what is called in Europe “lost generation” [i] of young researchers looking for positions after a high number of years of education, training and working at very high level, I want IUVSTA to take some responsibilities in improving at least the background, knowledge and curriculum of the young students of our disciplines: the Education Committee will have a centered role to actively disseminate knowledge and know-hows. Given the new possibilities of spreading information through internet and digital programs, it will organize several Webinars per year, using existing university facilities at Politecnico Torino in Italy and with the help of AIV. This will be a major project for me, as attractive as possible also for the persons giving the seminars. Co-branding Awards for young researchers or co-branding Grants to undergraduate students, in some cases, are excellent opportunities to increase curricula and post our interest for societal topics. This has been done this triennium, I would like to build another new Award of this kind. Another central activity is the one organized by the Scientific and Technique Director. Starting from our 9 scientific divisions, I would like to cross our expertise and high-level skills with two multidisciplinary topics: Energy and Sustainable development, including quality of life. This is also our responsibility to take part in these discussions. These large and flexible topics can be used for special calls for our workshops, schools, but also in the frame of building a nice scientific program for IUVSTA Highlights at about mid-term of the triennium, in connection with a regular IUVSTA scientific congress.

And why not, while working in a dedicated task committee to obtaining an International Year of Vacuum, in 2025 (year of IVC23), organizing a specific event for the centenary of the discovery of Auger Electron Spectroscopy[ii] in 2022 (year of IVC22 in Sapporo, Japan).

Last but not least, IUVSTA has to defend diversity in scientific carriers of all types and I would like us to monitor, with company and academic partners, gender fair practices in our Conferences.

“The real success comes from a common sharing”.