Experimental and theoretical research on solid surfaces and interfaces, as well as gas- and liquid-solid interactions, broadly defines the scope of this division. Current efforts are emphasized on electronic, ion, atom, and photon interactions with surfaces and on the structure, electronic properties, and dynamics of surface processes. The latter include surface reactions, growth modes, diffusion, catalysis and electronic interactions. Being rather general, the scientific community associated to SSD studies matter confined in borders and matter of reduced dimensions that could be one or a few atomic layers thick. During many years, powerful techniques and methods have been developed with high energy, and spatial resolution able to seed light and unravel rather diverse and complex phenomena based on low dimensional electronic and structural properties, with remarkable technological applications and direct implications in fundamental knowledge.

Surface science deals with the interface between different solid materials and their interaction with gases and liquids. Surface science has a history of dealing with the chemical, geometrical, vibrational, and electronic structure of the surface, i.e. properties specific to the outermost atomic layers of the solid. The kinetics and dynamics of the surface, and its interaction with particles, represent another theme in surface science. Very relevant to surface science is the precise study of surface modification and the resulting changes in their properties, at atomic level. New areas of study include rather diver but important issues as the characterization and control of surfaces during the environmental degradation, biosurfaces, corrosions and the optimization and evolution of advanced electronic materials for the information during their manufacturing and aging.

The main topics of Surface Science can be listed as follows:

The mission of the Surface Science Division of the IUVSTA is to provide a forum for research and education in the preparation, characterization, modification, and utlization of surfaces and interfaces. The major aim is to promote skills and knowledge for fundamental research and for innovation in a large diversity of applied fields.

Activities of the Division

The SSD organizes schools, workshops, exhibitions and conferences where plenary lectures, keynote lectures, oral and poster presentations covering all the working areas of the Division. The main aims of the SSD are achieved bringing together experts from universities, research centres and industries.

The SSD promotes science and technology in the following wide range of topics: 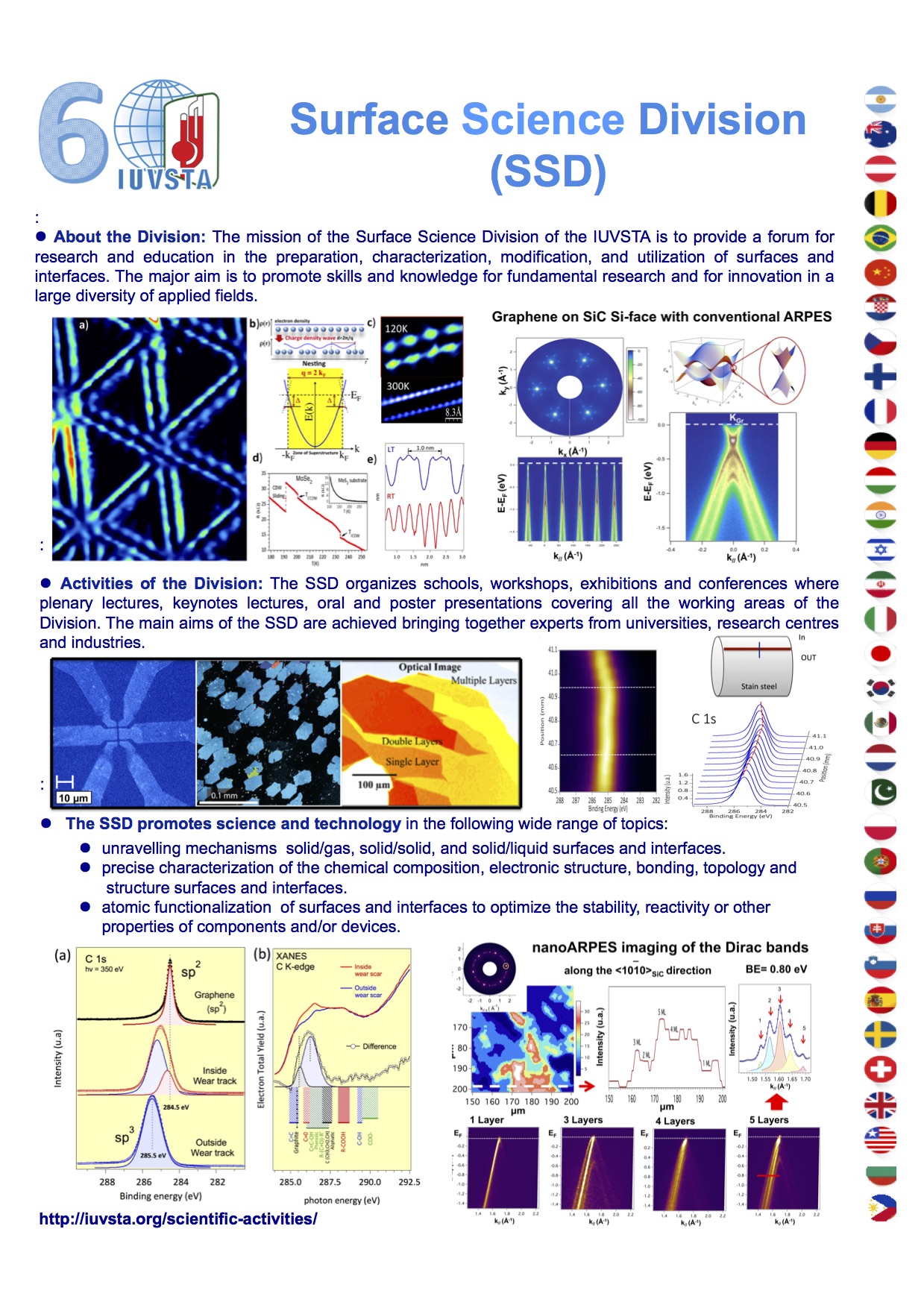